Track Ops Music is a songwriting/production group based out of Toronto, ON., specializing in the genres of Top 40/Pop/Urban/Dance/Hip hop/RnB as well as creating music for TV and film. Collectively, they have song placements with major labels and international television stations (China and Japan) and have had their music featured on MuchMusic, MTV, TSN/Canadian Football League (Toronto Argonauts Football), The Food Network, OMNI TV, Fairchild TV, ATN, Rogers TV, Global TV, Breakfast Television (City TV), and CP24.

Their songs have been played on major radio stations in Toronto, including Flow 93.5FM, CHUM 104.5 FM, Virgin 99.9FM, CBC Radio 1, as well as Channel 955 (95.5 FM Detroit), and several Canadian college/university/community radio stations. Accolades also include a Canadian Radio Star National Songwriting Award win as well as a Toronto Independent Music Award win and a nomination for another.

Together, they can help you: 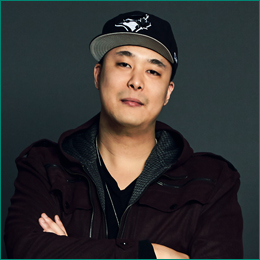 UEC was thrown by loving parents into a world of music education before he was old enough to say "no." At the tender age of 3, UEC had his first Royal Conservatory violin lesson, but much to his eventual dismay, his parents somehow came to the conclusion that learning just violin might not be challenging enough, so at age 5, Conservatory piano lessons would also become a weekly part of his life.

As he continued to hone these crafts at what felt like gunpoint, his parents soon discovered that although completing the Royal Conservatory Practical exams with honours got you a certificate you could put on a wall, completing the Conservatory musical theory component would get you a university credit you could put towards a degree - this is the ultimate buy-one-get-one-free deal for any given set of traditional Chinese parents, so it should come as no surprise that UEC also holds credentials in Conservatory Rudiments, Harmony, Counterpoint and music history and has essentially completed this portion of the curriculum along with his grade 10 Conservatory piano (practical) qualification.

If you would have told UEC during this decade-long period of no-holds-barred training that he would one day want to have a career in music, he would have farted in your soup. Today, music is literally the only thing he even gets out of bed for. Since realizing that all this groundwork done in his childhood years would be directly applicable to production and songwriting, he has since spearheaded and taken part in many creative projects spanning genres such as top 40/pop, hip hop, EDM and urban - projects that saw him performing his original songs at notable venues such as MuchMusic and the Rogers Centre. UEC finally co-founded and developed Track Ops Music in 2013 to provide a platform from which he (and his team) can launch their works to music publishers, labels and management teams alike, both domestically as well as globally. 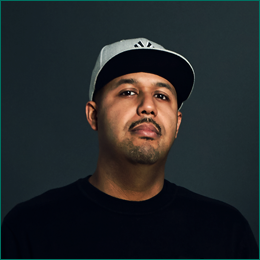 Marcos Deltoro (Marcquest) grew up in southwest Detroit. Having a good ear for music and sound, Marcos taught himself how to mix and blend different genres of music together by the time he was in elementary school. By the time he was in high school, he was DJing local events and nightclubs 5 nights a week with his long-time friend and colleague DJ Joey A. Before CDJs were the hot item, he used actual turntables - a set of TECHNICS SL 1200 MK2. Marcos entered in many DJ competitions and started becoming a known act in southwest Detroit. He then started to invest in production gear - his first piece was Tascam 16 track recorder, and it would be the first tool that got him interested in recording music.

Marcos started making beats with Avid Pro Tools and in just one year, he became proficient enough with Pro Tools to begin his search for other singers and songwriters to work with, and eventually reached out far enough to get his music played on Detroit’s hit music station Channel 955. Marcos continued making remixes of mainstream songs (the producer's version of doing covers) and original music trying to get the attention of A&R people in California.

To anyone who knows mainstream current pop and urban music and is familiar with the genres' particularities for sonics, Marcos has an undeniable ability to make the absolute best out of any mix, and the results are even more astounding when you leave the sound design completely up to him.